What can we learn from the 90’s?  Are there real lessons for us from a time that gave us “The Macarena“, Steve Urkel, and Jerry Springer?  I contend there is wisdom to be gained, if only we look in the right places.  This series will dive into the culture of a decade that changed so much.

(You get DOUBLE the 90’s culture in this piece.  For free!  We are covering a song and a film.  What a time to be alive.)

In 1993, the US Billboard charts saw a smash single rise out of nowhere when a Scottish duo called The Proclaimers found success with their song “I’m Gonna Be (500 Miles).”  The song was featured in the Johnny Depp film “Benny and Joon” but how it even made it there enhances the legend. 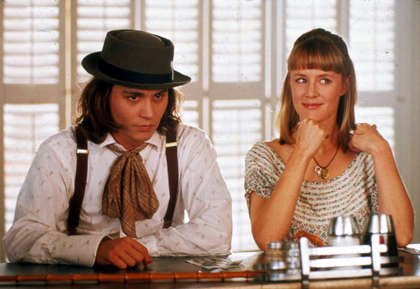 Jeremiah Chechik, the director of Benny and Joon, just happened to overhear Mary Stuart Masteron, the female lead in the film, playing the song on his stereo one day.  He, like anyone who hears it, was instantly drawn to it’s catchiness, and before you know it — boom, added to the soundtrack.  Quick rise up the charts.  Forever established in 90’s culture.  And it STILL shows up all around pop culture to this day.

Here’s the video with lyrics overlaid.

Can you keep yourself from singing along to that chorus?  Or refrain from joining them on the “DaDAAA Daaaa!” chants?  Nay…you are but human.  To resist is futile.  You proclaim right along with them, don’t you?

So, how did this Scottish duo craft such a hit?  Why did the song permeate so well?  Is it their great accent?  Is it the instrumentation?  Is it the sing-along-ability (if that’s not a word, it is now)?

The answer is: Yes, to all of that and more.  At it’s core, it’s a simple, rhythmic, oh-so-catchy love song.  Let me say it this way: when you name your band “The Proclaimers” then it follows that, at some point, there must be a bold, clear, crucial Proclamation to make….this song IS the fulfillment of their namesake, of their destiny.

The truth of that song speaks to something at the core of us: we all want to be pursued.  Deep down, we need to know that someone is looking for us; that someone actually WOULD search us out and come for us.

It would mean something to us if somebody loved us enough to really walk 500 miles, and then 500 more just to be with us.  In fact, this theme (and EXACT distance) is so inescapable that just 9 years later Vanessa Carlton would step on to the music scene with one of her biggest hits called…wait for it… “A Thousand Miles.”  In that song, Vanessa “proclaims” that: “Cause you know I’d walk a thousand miles if I could just see you tonight.” 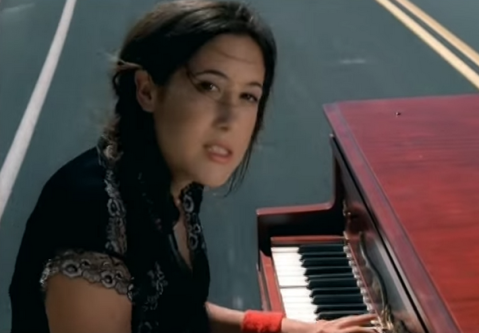 There it is again, precisely, like our Scotsmen said before: someone walking a thousand miles out of great love.

You want that.  You need that.

Why does that theme get so close to us?  Why do we need to know someone is willing to come get us?

Because when we are truly honest with ourselves, we know we are miles from where we should be.  Something is broken inside us.  We’ve left.  We’ve run away.  We are far from home.

Watch the news.  See our world constantly in strife.  Note the outrage so often expressed.  This ISN’T how it’s supposed to be.

Or better yet, but immeasurably harder to do…hold up a mirror to yourself.  You’ve said things you wish you could take back.  You’ve acted in ways that maybe still shock you.  You’ve gone places you don’t want anyone else to know.  See yourself constantly in strife.  Note the regret that so easily rises.  This ISN’T how it’s supposed to be.

Oh that someone truly was coming to get us.  That someone really would do whatever it takes to reach us.

One of the most powerful documentaries I’ve ever watched is called “Dark Days.”  Marc Singer literally spent much of the 1990’s practically living with the largest homeless community in New York City in an underground “city.”  He’d never even touched a video camera before but after spending time with these people, the idea began to emerge to capture their lives.  The documentary itself, and the complete story of how it came to be, are unparalleled in film history.  It is a raw and unflinching look at the struggle of the homeless.

(***NOTE*** The film has an R-rating for strong content to include drug use and a lot of graphic language throughout.  It is certainly not for all audiences.  Again, it is a very raw glimpse into the immense struggle that these people face.  Please, as with any media you consume, use wisdom and good judgment on your own viewing choices.)

One of the real people that Singer’s documentary captures is Henry.  Without giving too much away, Henry is a father of two sons and though his life has taken some very rough turns, he says that if his sons knew where he was and how he was living, “they would come get me.”

It’s like a reversal of the Prodigal Sons story Jesus tells in Luke 15 and it’s heartbreaking to watch.  A father living in darkness – in a forgotten, underground tunnel.  A modern “pig sty” to be sure.

But incredibly, we come to find out those sons are “proclaimers” indeed.  They found out about their father’s condition and they went to get him.  And they doubled the mileage(!!) as Utah to NYC is over 2,000 miles.  Maybe they didn’t walk, but they got there.  They got to him.

That family captured the spirit and heart of why that song stands tall decades later.  There were some sons who loved enough to GO.

Herein lies the wisdom of these two 90’s cultural artifacts.

He sees us in our helpless and broken state.  He sees us spiritually homeless, and He doesn’t just come to document it; He comes to embrace it Himself.  He knows where we are and He does “come to get” us.

Jesus is the Good News.  And we catch glimpses of Him in Scottish folk-rock and the underground tunnels of NYC.

Every other religion will tell you how YOU work to get God’s approval.  They will tell you how many miles YOU must ‘walk’ to get to God.  The uniqueness of the Gospel is that God comes down to US, the homeless and hurting.  Jesus is God walking with us.  For us.  To save us.

Now that is something truly worth proclaiming.

This entry was posted on July 27, 2016 by Josh Humbert in Wisdom Of The 90's and tagged Dark Days, documentary, family, homeless, I Would Walk 500 miles, Marc Singer, New York City, pursuit, The Proclaimers, Vanessa Carlton, wisdom of the 90's.