Don’t Be An Eli

This is a guest post from Brett Levy; a husband, father, pastor, friend, and all around great guy out of Georgetown, Texas. I think you’ll be blessed!

You can read more from Brett at fightfortheirhearts.wordpress.com and I highly suggest you do; it’s full of great, practical ways to invest in your marriage and family!

“Parenting is hard” . . . that’s my submission for the “Understatement of the Year Award.”  I remember being in the hospital waiting for our first child to arrive.  There was such an excitement in that moment.  A new life was almost here, and it was the culmination of 9 months of praying.  The next 24 hours were different.  I had just experienced one of the most emotional moments of my life, and I was emotionally exhausted.  People were continually coming and going from the room. Being an introvert, it was depleting any reserves I had.  Night finally arrived, and I stretched out on that couch.  I was ready to slip into a short-term coma, but it never happened.  The thousands of dollars spent on having a baby apparently didn’t include a couch you could comfortably sleep on.  I was actually longing for the bed you get at youth camp by that point.

Morning dawned, and I was ready to go home!  I needed my own bed, my own space, and to get back to the routine of life.  As we were packing our stuff and getting the car seat ready for our daughter’s first ride, fear began to creep in.  I had wanted to leave the hospital so badly, but now I was inclined to see if we could take up permanent residence.  All of the baby experts were there, and they were about to send this precious infant home with two rookies! 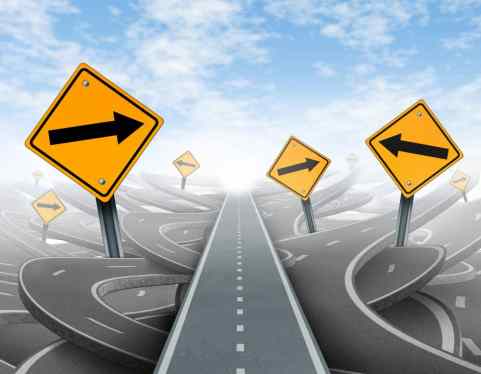 Parenting is hard.  Thankfully, we have a God who reveals Himself to us as father and has given us a guide to better parenting.  In the Bible, we find specific instructions (like Ephesians 6), we find parables (like the story of the prodigal son), and we see some stories of people who parented well and quite a few who did so poorly that they will really boost your parenting self-esteem.

The leader of people and the spiritual authority

Eli was the high priest of Israel, and that made him the leader of the nation.  He was charged with the spiritual leadership of God’s people.  We’re first introduced to him in 1 Samuel where we find him ministering to Hannah as she is struggling with her inability to have children of her own.  When Eli discovers that Hannah is barren, he blesses her by saying, “Go in peace, and the God of Israel grant your petition that you have made to him.” (1 Sam 3:17, ESV).

Hannah has a baby and names him Samuel.  To honor a commitment she made to the Lord, she takes him to the temple and gives him to Eli so that he can be raised in the temple.  Hannah’s heart wasn’t to drop her child off at church and pick him up later as a committed believer. Instead, it was out of a passion and promise that signified how badly she wanted her son to know God.  She said it this way, “As soon as the child is weaned, I will bring him, so that he may appear in the presence of the Lord and dwell there forever.” (1 Sam 3:22, ESV)

So our first introduction to Eli is: high priest; cares for the hurting; his prayers are heard; and trusted to raise a child in the ways of the Lord.  It wasn’t all that it seemed to be.

What was really happening

Eli certainly covered some of those bases, but parenting wasn’t his strong point.  In fact, 1 Samuel 2:12 describes his sons this way: “Now the sons of Eli were worthless men.”  Yikes!

Here is the scary thing.  Eli had placed them in ministry!  These boys were stealing from the offering and sleeping with the women that were serving where God’s people met to worship . . . and Eli knew about it!

I know that wasn’t Eli’s intent when he found out he’d be a dad.  He knew the law.  He knew that Deuteronomy 6 called him to be the primary influencer on the spiritual life of his kids.  I’m not sure what went wrong or where it went wrong, but it went wrong.

Later this year, I’ll be part of a team that puts on a youth camp for missionary kids.  We’ve been asked to make it an apologetics camp.  The reason for this request is because the mission organization is seeing their missionary’s kids come back from the mission field and walk away from their faith.  I’m sure you’ve heard the reason why . . . They go to college, and all of those atheist professors ruin them.

I’m not so sure that is the case.  After all, most of the missionary kids I know end up going to Christian colleges.  Is it possible that the actual reason is that some missionaries get so focused on the people group they are called to that they forget that they are the primary disciple-makers in their own home?  Could it be the reason that pastor’s kids get a reputation for trouble is because their dad was focused on his church job and forgot his home job?  Could it be that Eli was so fixated on his high priest/leading Israel job that he forgot that he was the leader of his boys?

Is it possible that many of us are so focused on our careers, travel baseball, school grades, and paying the bills that we forgot that we are the primary disciple-makers of our kids?

Don’t be an Eli

“A man of Benjamin ran from the battle line and came to Shiloh the same day, with his clothes torn and with dirt on his head.  When he arrived, Eli was sitting on his seat by the road watching, for his heart trembled for the ark of God. And when the man came into the city and told the news, all the city cried out.  When Eli heard the sound of the outcry, he said, “What is this uproar?” Then the man hurried and came and told Eli.  Now Eli was ninety-eight years old, and his eyes were set so that he could not see.  And the man said to Eli, “I am he who has come from the battle; I fled from the battle today.” And he said, “How did it go, my son?”  He who brought the news answered and said, “Israel has fled before the Philistines, and there has also been a great defeat among the people. Your two sons also, Hophni and Phinehas, are dead, and the ark of God has been captured.”  As soon as he mentioned the ark of God, Eli fell over backward from his seat by the side of the gate, and his neck was broken, and he died, for the man was old and heavy. He had judged Israel forty years.” (ESV)

Ugh!  I’m getting older every day (and fighting getting heavier).  What can you do differently?  Take a baby step out of Deuteronomy 6.  Think about the rhythms of your life and your family’s life.  How can you build discipleship into what you already do?

One family I know has made it a habit to sit down for meals together and then ask, “What is God doing in your life right now?”  You could find a resource that leads your family through the Bible, sit down once a week to read together, and talk about what you are reading.  Maybe, on the way to school, you could discuss with your kids what they learned from their Bible study time or sermon time at church that week.  Ask the Holy Spirit to give you ideas of how you can disciple your kids.  The most important part is to do it.  Do something today!

This entry was posted on July 10, 2019 by Josh Humbert in Blogroll and tagged adversity, discipleship, family, Parenting.