Grace Beneath The Waves

It all sounds so strange.

If I form the words and speak them out loud, they ring false, odd, and ill-fitting.  “My wife has cancer.”  That sentence…it feels foreign and abnormal.  Like I’m an actor who’s reciting dialogue for someone else’s life.  That cannot really be true for her, for us, can it?

My wife has cancer.  Stage 3.  At age 32.  When seemingly every ‘controllable’ factor is in her favor.  The diagnosis comes regardless.  Cancer doesn’t care about ‘controllables.’  It’s there, on the inside.  It is on our doorstep.  And it all sounds so strange.

But I would like to tell you something else.

While those words: “My wife has cancer,” seem so strange, even as I type them right now…there are other words that are so familiar, warm, and more true to us now than ever before.  These goods words are:  Our God is holy, awesome, and gracious.

My wife has cancer…but our God is holy, awesome, and gracious.  It is the foreign and the familiar.  The bizarre and the blessing.  Strangeness and sweetness.

This is life and this is our God.

“I’ve been watching the skies,

Not a doubt in my mind anymore,

There’s a storm up ahead.”

Jonah was a prophet in the Old Testament who did all he could to run from God’s call on his life.  He literally went the exact opposite way of where God wanted him to go.  Jonah boarded a ship and sought escape.  What he found was God there with him still.

The boat Jonah is on faces a tremendous storm.  Jonah recognizes it is God’s doing and he asks to be thrown overboard to face his consequences (and protect the sailors who had no idea).

Jonah is thrown overboard, into the raging sea and crushing waves.  He expects to find God’s judgment for disobedience as he sinks to his death, but what he discovers is the wild, free, surprising grace of God.

The waves won’t be his death; they will bring his deliverance.  God isn’t done with Jonah, not by a long shot.  God appoints a great fish to swallow Jonah and for three days, Jonah repents and realizes the grace of God in a fresh way.  On the third day, Jonah comes back and is restored to walk in obedience.

Jonah, as Tim Keller says, discovers that with God, there is grace beneath the waves.  What he thought was his sure doom becomes a chance to start again.  The place he thought would be his ultimate loss becomes the unlikely but best place to worship God again and to honor Him once more.

You can’t silence my love.
I’ve got doors and windows boarded up

All your dead end fury is not enough

You can’t silence my love, my love!”

I could not be more proud of my wife in this time.  To say she has a great mindset about all of this is a terrible understatement.  She has received this news without flinching.  She is a rock.  I’ve always told her that she is the strongest person I know and the past few weeks are the definitive evidence in that case.

Multiple doctors and nurses we have dealt with have remarked very candidly about Jessica’s positive outlook and confidence.  They have caught small glimpses of what I have known for years.  And in these days of heavy adversity, her heart has shown up.  She is here to fight. 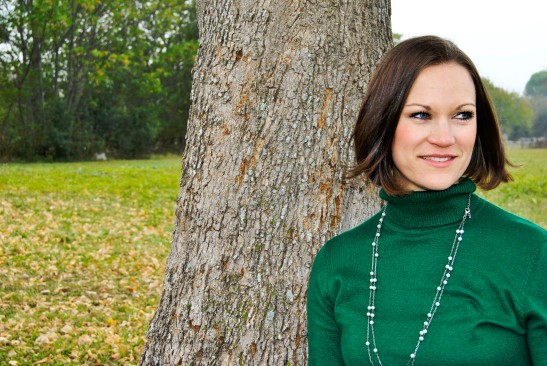 I don’t have the words to say what I want here, but in simple terms what I mean is this: I count it a privilege to witness her stare down this storm and not blink.  She had all the reasons in the world to react much differently and negatively.  But that’s not what she did.  That’s not what she’s doing.  That’s not her.  And it is a blessing to stand by her side and prepare for battle.

And that battle has begun.

Already we can see the things God has done on our behalf to prepare us for these times.  We can look back over the past year and see very specific details and we know now what God was doing.  We can look at our present setup, including the doctors and nurses who will be caring for her, and we see His hand in it all.  And while there are some rough days ahead on this journey, we know God will be there too.

These waves weren’t sent to overwhelm us.  The storm isn’t to utterly doom her. My wife has cancer…but our God is holy, awesome, and gracious.

And under these waves we have already richly tasted of His grace.

God Of The Waves

There was One who willingly let the breakers and waves of God’s wrath overwhelm Him.  He is Jesus Christ.  This is what He has accomplished on the Cross.  He has taken upon Himself what should have fallen on us.

He went out into those monstrous waves so that we will never be alone in ours.  He faced the fiercest of all storms so that we would always be safe in ours.

In life, in death, in good times, in rough waters, in the waves of cancer, we are absolutely sure of this:  our God is holy, awesome, and gracious.

Jesus isn’t a far-off god.  He isn’t some man-made statue.  He isn’t an idea or philosophy.  He isn’t cold and distant.  No, He came down here and got personally involved in suffering.  He did not exempt Himself from the brutal pain of this world.  He came near.  He’s been in the deepest waters and the roughest waves.  And after three days, He too rose from the depths triumphantly to show the power He has over all this.

So we will keep our eyes on Him.  No matter what happens.  No matter if the reports come back favorably or not.  We look to Him.  May He get the glory and praise and honor and worship that is due Him.

Jessica’s chemo began the Tuesday of Thanksgiving week.  She marches on through what will be a tough and trying year. Let it be known right here, right now: we are thankful for God’s work in our situation.  He is here and He is with us.  We don’t face this alone.  God is our Strength and Peace.  And He reaches us through others.  Our families, our church, all our friends are supporting her in AMAZING ways.  We are stunned by the outpouring of love and support that has come.  It is truly humbling and beautiful to see the love of Christ so perfectly displayed in others.

The waters rise.  The waves are massive.  We don’t know how this will all turn out.

But we are thankful for the wild, free, and surprising grace of God.

The waves are here, but that is ok.  There is grace beneath the waves.

Still I’m singing ‘Spirit! Take me up in arms with You!’”

21 comments on “Grace Beneath The Waves”