The Sermon YOU Must Preach

Psalm 103 is, in my estimation, one of the high points of Scripture. Like the unmatched view from atop a mountain, Psalm 103 gives a sweeping, breath-taking, panoramic perspective of the character and nature of God. To read it, or even better, to read it ALOUD, is to encounter the unmatched grandeur of the God of the Bible. 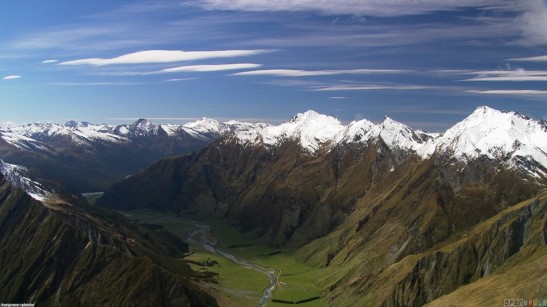 David writes it clear, plain, and true. HERE is God. This is what He is like. Come and behold the greatest news of all: at the center of the entire universe is a God who loves people and acts graciously toward them.

But…under closer inspection, there is a frightful tension right from the start.

There isn’t consensus on when Psalm 103 was written, but I have a personal theory. I can’t prove it, but I think there’s good ground to stand on.

I think David sat down and wrote Psalm 103 shortly after the events of 1 Samuel 30.

What transpires in the first 6 verses of 1 Samuel 30 constitute one of the darkest, most tragic days of David’s life. I’ve written about “worst days of your life” before and I think this would be up there for David.

As David and his men are out on a mission, enemies come to their village, burn it to the ground and take captive all the women and children. The weight of that tragedy would be enough trouble for one day, but for David the cut went deeper.

After weeping until they literally had no strength left to weep, David feels the unmistakable sting of personal betrayal. Verse 6 tells it like this: “Moreover David was greatly distressed because the people spoke of stoning him, for all the people were embittered, each one because of his sons and his daughters.”

The place is in ruins, their houses are smoldering embers, the wives and children have been taken, people have cried out every possible tear…and now….now…..now David turns to see the soldiers he has been commanding start to pick up stones and gauge distances. They didn’t even whisper the possibility; they “spoke” of stoning him.

A collective rage over all that has been lost has found it’s target and it is David. The men who he’s gone to war with now have identified him as the enemy to destroy.

And so, this is the moment that I think David wrote Psalm 103.

In the valley, Oh God, You’re near

In the quiet, Oh God, You’re near

In the shadow, Oh God, You’re near

At my breaking, Oh God, You’re near

Psalm 103 is rare in the fact that is really only addressed to one person: David. This is a man writing TO HIMSELF. Rather, this is a man PREACHING to himself.

He isn’t telling people to praise God or give thanks to Him. This is a man commanding himself to remember the greatness and goodness of God.

103 begins with the booming command repeated over and over: “Bless the Lord, O my soul!” This is where I see the underlying tension. For why would David need to exhort and yell at himself to praise the Lord if things were going according to plan? Why the repeated emphasis if all was well with David?

You see, a command so strong and so multiplied could mean only one thing: this was a time when David was tempted to do ANYTHING besides blessing the Lord. 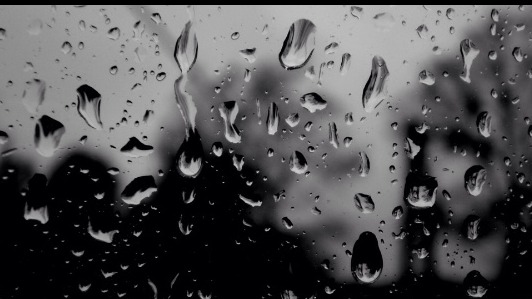 “Run from the Lord! He has forgotten you! Take the easy way out! He doesn’t care! He has brought suffering! Run from the Lord!” When those are the thoughts and temptations in your head….that is when the time is right to preach to yourself a Psalm 103 sermon.

On the days when all is lost and even your friend’s have rocks in their hands and destruction in their words…that’s when you get in your own face and say something like “Bless the Lord, O my soul, and forget NONE of His benefits!”

And maybe that’s exactly what David did.

In my searching, Oh God, You’re near

In my wandering, Oh God, You’re near

When I feel alone, Oh God, You’re near

At my lowest, Oh God, You’re near

But I’ve held something back. Something crucial. Something essential. You see, verse 6 of 1 Samuel 30, which you read earlier about the people speaking of stoning David has one more sentence in it. I can’t read it without being astonished every single time. It’s perhaps just as breath-taking, in a different way, as Psalm 103.

Here now is the full verse 6:

“Moreover David was greatly distressed because the people spoke of stoning him, for all the people were embittered, each one because of his sons and his daughters. But David strengthened himself in the Lord his God.”

There we have it. That may just be when 103 was written.

At the very bottom of it all, David “strengthened himself in the Lord his God.” He did not turn away, give in to doubts, or curse. He did not forget God.  He found strength in remembering the character and nature of God.

“The Lord is compassionate and gracious, slow to anger and abounding in lovingkindness.” HERE is God. This is what He is like.

“For as high as the heavens are above the earth, so great is His lovingkindness toward those who fear Him. As far as the east is from the west, so far has He removed our transgression from us.” Come and behold the greatest news of all: at the center of the entire universe is a God who loves people and acts graciously toward them.

These aren’t trite cliches or Christian bumper stickers. What David leans on and what he lays out in Psalm 103 are rock-solid truths. These verses are fire; fire that burns away doubts and despair.

So you realize that your day is coming. You won’t know when or how it will arrive, but there will come a day or days when something like 1 Samuel 30 hits. Darkness. Tragedy. No one else standing with you.

You must preach a sermon to yourself. Bring the truth to bear on your own heart. Allow Scripture to supply strength and peace instead of walking away with resentment festering.

You say, “But I’m not a preacher!” Oh but you must! Good news: Scripture has many sermons already waiting for you to use! Prepare now. Study Psalm 103 (and the rest of the Bible!). Memorize this Psalm. Repeat it over and over till God melts your heart with it’s majestic beauty. HIDE it deep down on the inside. Pray it into your bones.

This is where real strength is found.

A Psalm And A Song

David stared down despair and found a pathway to hope. It wasn’t a belief in himself, or his strength, or his determination, or his ability to change things. David found his strength in the Lord His God. He reminded himself about all the goodness of God. That’s worth thinking about.

Citizens And Saints wrote a song called “Oh God” and you’ve seen the lyrics interspersed in this writing. I think it has much in common with Psalm 103. It a personal declaration that God is near, even in the hardest of times. It’s somebody reminding themselves and celebrating at the same time that “You never leave my side, Your love will stand firm through all my life.” That’s worth thinking about.

May you be ready for when the trials come. May your testimony encourage others like David has for centuries. May God be glorified in all things.

2 comments on “The Sermon YOU Must Preach”