The (actual) War On Christmas

“Too bad AC ain’t in charge no more…” 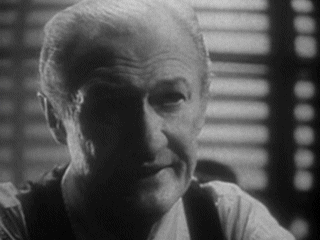 Snakes had the stuff but he never got the message. Johnny was taking over with force…and he was counting to 10 really quickly.

“Keep the change, ya filthy animal.”

Such was the fate of these “Angels With Filthy Souls” that Kevin was observing. He was indeed Home Alone and watching these “rubbish movies.”

Little did Kevin know that the Wet Bandits would soon be targeting his family’s home for their next hit. Kevin would be forced to make war on Christmas.

But how could a child win this war?

Dustin Kensrue released a Christmas album in 2008 called “The Good Night Is Still Everywhere.” On that album, at the very end, is a very curious and peculiar song called “This Is War.” 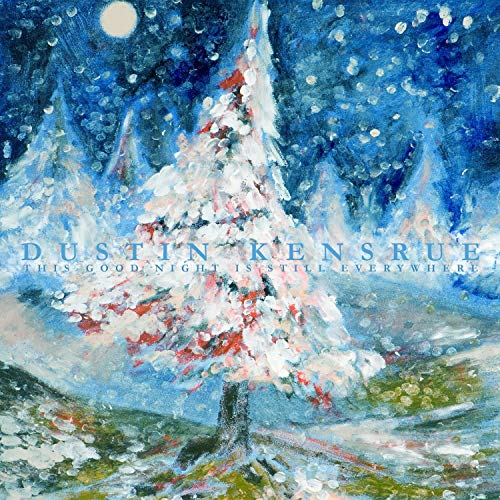 It may be the most non-Christmas-like sounding song that is, in fact, absolutely a Christmas song. My favorite hamburger of all-time is at a local place here in San Antonio called Chris Madrids. They have this burger thats topped with fresh tortilla chips, beans, and salsa. The first time I ordered it, I was sure the burger-purist in me would not be ok with these toppings to my burger. The incredibleness of the burger soon won me over before I got to my 2nd bite (Too bad normal burgers ain’t in charge no more!). What I’m trying to say is: that’s how it is with this Kensrue song.

A square peg that…if you give it a chance…actually fits perfectly in the round hole.

The song opens with these darker, heavier sounding guitars. I hear exactly NO sleigh bells. The sonic assault continues with hits of drums and bass that resemble bombs landing, not a little drummer boy softly pa-rum-pa-pa-pum-ing. There no mentions of chestnuts or open fires. Your shepherd boys or your merry little Christmas find no shelter here. This song won’t fire up your nostalgia – it will ring in your ears.

How could a song like this be on a Christmas record?

But the tide turns now at Kevin’s house when he makes his fateful decision to no longer run and hide but to DEFEND. 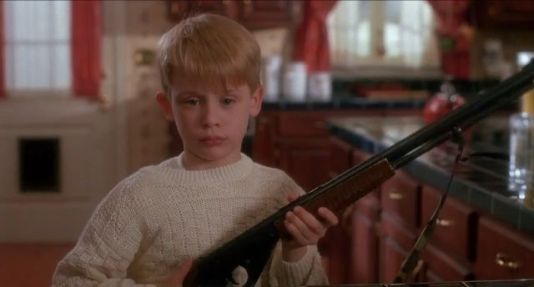 “This is my house, I have to defend it” becomes his rallying cry. From then on, he is no longer afraid but determined to win. To save.

The unlikely and overlooked little one will make all the difference.

Kensrue’s signature vocals come, hauntingly, as the barrage recedes for a moment……

“This is war like you ain’t seen. This winter’s long, it’s cold in me. With hangdog hearts, we stood condemned.

But the tide turns now at Bethlehem.”

“This is war and born tonight the Word is Flesh, the Lord of life. Son of God, the Lowborn King, who demons feared.

Of Whom angels sing.”

“This is war on sin and death. The dark will take it’s final breath. It shakes the earth, confounds all plans.

The mystery of God as Man.”

Lyrics like that are WORTHY of a song that musically imitates the detonation of bombs all over a battlefield.

This is war on sin and death – the dark will take it’s final breath? Are you kidding me? Put aside those chestnuts roasting for a minute, they will be fine. And there’s a time and place for some Jingle Bell rock, to be sure, but not in the presence of SUCH good news like this.

Whatever. This song endures and is worthy of inclusion in a Christmas playlist because it DOESN’T fit the category. This is meant to be jarring, bold, shocking….because that’s what exactly what Christmas is too. Christmas is a day unlike any other; a stark contrast to every other day before or since. That Baby in the manger is God’s Son? The birth of Christ shatters all categories and human wisdom. This was God’s gift of grace to humanity but also an act of war to His enemies.

A Lowborn King born to poor parents in the backwoods of nowhere – it’s not just a peaceful manger scene….it’s the greatest rescue mission ever. A God who loves His creation so much that He would get personally involved? A God who would become a Man?

It shakes the earth and confounds all plans. The mystery of God as Man.

But it is one. This song speaks to the humble, sacrificial love of our King who came down here to save us. The demons feared Him because they knew: Christmas means This Is War.

Sin and Death ain’t in charge no more and they never were. This Child is the Messiah, the Christ. He will be the One to save His people.

May the tide turn now in your heart towards the only Savior who is Jesus Christ.

Here is the video for Kensrue’s song. He also did a more recent version with an additional bridge added in with his band The Modern Post.

Want my Christmas (music) devotionals from years past? Click here or here

2 comments on “The (actual) War On Christmas”