Belong to my baby brother Curtis,

Whom I never got to meet

My brother wrote that poem as a freshman in high school as a tribute to the baby brother our family lost many years ago.  My brother Jake would never claim to be a writer but yet, in such few words, he captures the mournful ache that many know so well: the pain of losing a baby.

Little Curtis had what is called anecephaly, a disorder that prevented his head from fully closing.  I was about ten years old when it happened.  My thoughts about Curtis were stirred this past week when I heard the news from a buddy of mine in ministry.  His wife was pregnant with twins but they soon found out that both babies had been lost.

An Atheist, King David, and Jesus

In God’s ironic timing, I happened to have a long conversation with an atheistic friend about the loss of babies just days prior to finding out about my other friend’s loss.

My atheist friend wanted a framework for how a Christian views the death of a child.  The loss of a child in the womb was something I experienced not only as a brother but as a father as well.  Several years back, Jessica had to have some emergency abdomen surgery and the doctors found an ectopic/tubal pregnancy and informed us the baby wasn’t going to survive.  There is a certain shock to hearing “there’s a baby” but that “it won’t survive” in the same sentence.  How can one subject and predicate contain the discovery of a precious life and the certainty of death?  What do you do with this?

There are many good authors who’ve laid out the matter much better than I can, but from having gone through it, I had found solid Biblical ground to stand upon.

I told of David and Bathsheba (among other passages) and how they faced the loss of a baby.  The child is struck with a severe illness and David prays and fasts for seven days.  But the child dies.

David’s servants are afraid to tell him the news because they think he will harm himself.  However, David figures it out and he does the strangest thing:  he gets up, washes himself, puts on some fresh clothes, and he goes “to the house of the Lord and worshipped.”

His servants cannot grasp this response of worship so they ask him and David’s reply in 2 Samuel 12:22-23 is classic:

He said, “While the child was still alive, I fasted and wept; for I said, ‘Who knows, the Lord may be gracious to me, that the child may live.’  But now he has died; why should I fast?  Can I bring him back again?  I WILL GO to him, but he will not return to me.”

David has absolute confidence in the reunion he will one day have with this son he lost.  His knowledge of God and his trust in Him allows there to be a great hope in the midst of a great tragedy.  Where his servants thought he may do damage to himself, David instead affirms the beautiful truth that the child is in God’s care.  “I will go to him.”

Thousands of years later, people will be bring young children and babies to Jesus while His disciples try to stop it.  Jesus rebukes His disciples and says, “Let the children come to Me, and do not hinder them, for the Kingdom of God belongs to such as these.”  Such tender words from the Savior and such a passage for knowing the character and nature of God.

The question I will ask my atheist friend soon will be the reverse:  how does one cope with such a loss without God?  When life is just ‘accidental’ and random to begin with, how do parents take make sense of it all when facing devastation?  Are there any resources available in such a belief-system as atheism to provide answers?  Because I don’t see any.

Incredible loss…with no way out.

The Experience of God

Perhaps what’s even more meaningful to me is not just the truth of God’s Word but also the truth of God’s experience that I read IN His Word. For…incredibly…God also knows what it is to lose a Son.  In a way, God Himself has walked down this path that I’ve been on.  That my friend and his wife are on.  That so many others have walked on.

God has BEEN there.

That’s why I find such great hope in a bee sting…..

In Praise Of The Bee Sting

When I was about five years old, my brother and I were playing in the backyard.  Some bees circled us and Jake swung his baseball bat and made solid contact with one of them.  We quickly investigated the bee that now lay still in our grass until Jake gave the order:

Being the trusting younger brother that I was, I scooped the bee up in my hand………and felt the sting right there in my hand!!  That bee GOT me!  Pain! Tears! Going inside to see Momma!

I know, I know; how could my seven year old brother’s ‘expert’ diagnosis of certain death been so wrong?

In the moment, I experienced shock (that bee was alive!), hurt (that sting….stings!), and anger (my brother has to pay!).  Now, years later, that episode gives me an enormous hope.  Or rather, that episode of my childhood so strongly reminds me of a passage of Scripture that speaks of a true Gospel hope.

At the end of 1 Corinthians 15, Paul is concluding an amazing chapter on the death and resurrection of Christ.  He writes of the fact of life that we all must deal with: our death.

For the Christian, there is a distinct and unique hope in facing death because of Jesus.  Paul writes it this way for Christians:

“For this perishable must put on the imperishable, and this mortal must put on immortality, then will come about the saying that is written, ‘Death is swallowed up in victory.  O Death, where is your victory? O Death, where is your sting?’  The sting of death is sin, and the power of sin is the law; but thanks be to God, who gives us the victory through our Lord Jesus Christ.”

But God does something amazing.  He willingly gives His only Son to take our place and feel the FULL sting of that death we deserved.  God accomplished something truly beautiful and gracious in the death of His precious Son. 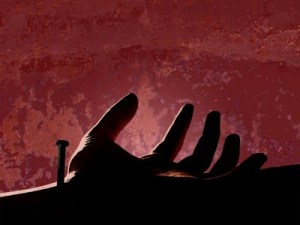 Jesus took that sting of death for me.  The Father lost His Son.  And then He rose again, to show that death would have no victory.

I will die one day but I will not face the sting of death I so richly deserve.  I “will go to Him” who paid that price for me.  Forever.

Losing The Baby But Not The Hope

First, I mourn my friend’s incredible loss.  Grief and pain are right and real in these moments.  While we know where these twins are now, their absence down here is felt.  I pray for my friend and his wife and their daughter and we want to bless them in some practical ways.  I pray that this is the heartbeat of all those around him.

Grief is complex and different.  Sometimes out of nowhere, I’ll think of how Curtis.  If he were here today, what would he be doing?  Real estate with my brother?  Something crazy with my sister?  Traveling with me on some ministry trips?

This side of eternity, the pain of losing those babies will always be around in some way.

But there is solid ground.  There is hope beyond the grave.

I pray that at the right time, my friend will be able to worship, just as David did.  And for the same reasons David did.  I pray my friend can lead his family through this season of loss and come out as stronger worshippers of Jesus.  I pray that God will meet him on this hard road and stir up a deep, bright hope that shines to others in this darkness.  I pray that the scars in the hands of Jesus become reminders that the “bee” doesn’t win.  That ultimate sting is no more.  Death is dying.  Rescue is coming.

Chairs At The Feast, Diamonds On The Inside

Belong to my baby brother Curtis,

Whom I never got to meet

My brother wrote that poem.  And it’s true for us now.  But it won’t be true forever.  We will go to him.  We will meet Curtis.  And the baby.  And my friend will meet his twins.

Revelation speaks of a great feast that will one day take place to celebrate the triumph of Christ.  I hope Curtis has saved me a seat at his table.  I look forward to praising the One who paid my debt with the ones I never got to meet down here.

Death causes temporary pain in the short time we have on earth.  But the scope of the good news just blows it away.  A thousand years from now, my friend will be celebrating Jesus with his twins.  A billion years from now, same thing.  And so on.  And so on.

“When we’ve been there, ten thousand years, bright shining as the sun…” 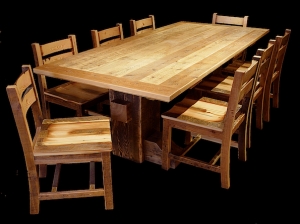 Jesus took the sting and He rose triumphantly.  O Death, where is your victory?  Oh….that’s right….you don’t have one.  All you did was ensure your own demise.

And Jesus took away the only kind of suffering that can really destroy you; that is being cast away from God.

He took it so that now all suffering that comes into your life will only make you great.  A lump of coal under pressure becomes a diamond.  And the suffering of a person in Christ only turns you into somebody gorgeous.”  —Tim Keller

We WILL go to Him.

We will go to them.